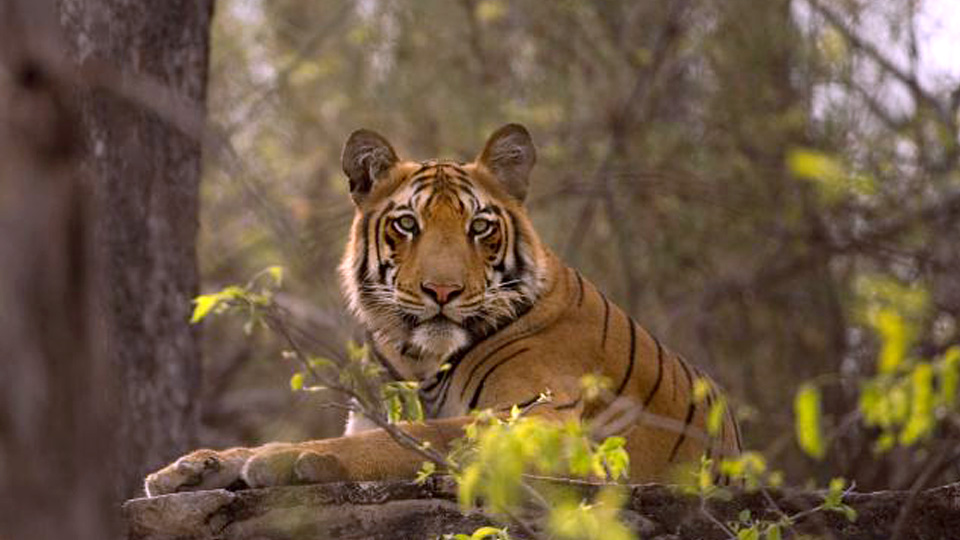 A conference should mean much more than academic enrichment.  Each place has its own unique milieu and a visit anywhere is incomplete without soaking in the local flavors.  So here’s the complete lowdown on Nagpur, the proud holder of many titles like ‘Gateway to Tiger Country’ because of its proximity to Tiger Reserve Forests, ‘Orange City’ after the unbelievably sweet and juicy oranges of Nagpur, ‘The Second Greenest City of India’ because of the canopy of tropical trees over the city and ‘The Second Capital of Maharashtra’ because, well, it is the second capital of Maharashtra. 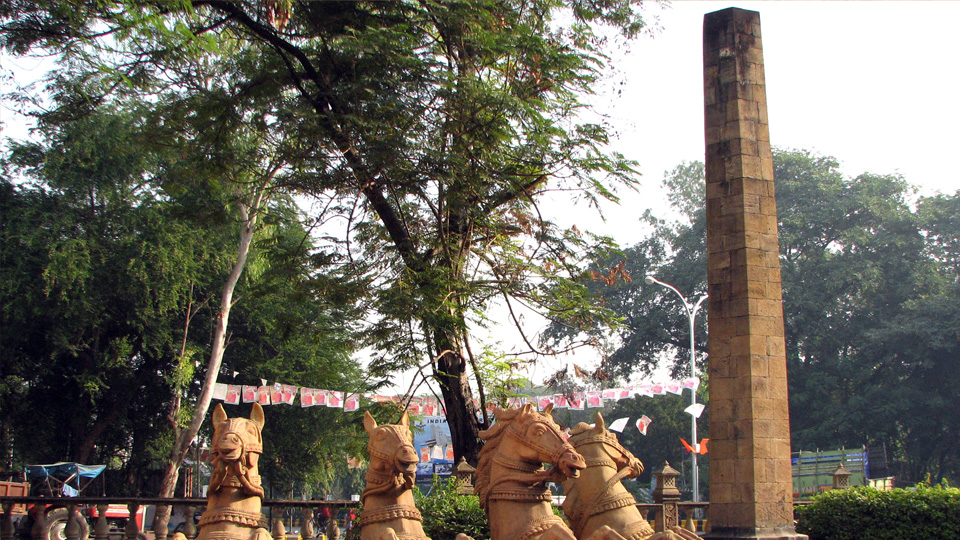 Nagpur, the geographical centre of India, is 837 kms. east of Mumbai, 1094 kms. south of New Delhi, 1092 kms. north of Chennai and 1140 kms west of Calcutta. Both major National Highways, running east-west and north-south, pass through Nagpur.  With about 28% of Nagpur under the green cover, it is the second greenest city in India. Nagpur is nestled within the plateaus of the Satpura mountain range and is practically surrounded by jungles.  However, the city itself is a bustling metro with a total land area of about 228 square kilometers.

There are many places of tourist interest in and around Nagpur. In fact, it wouldn’t be far wrong to say that there is something for every kind of interest within a radius of a hundred kilometers from the city. In case you wish to extend your stay here for personal leisure and / or academic interests, please write to our travel desk. 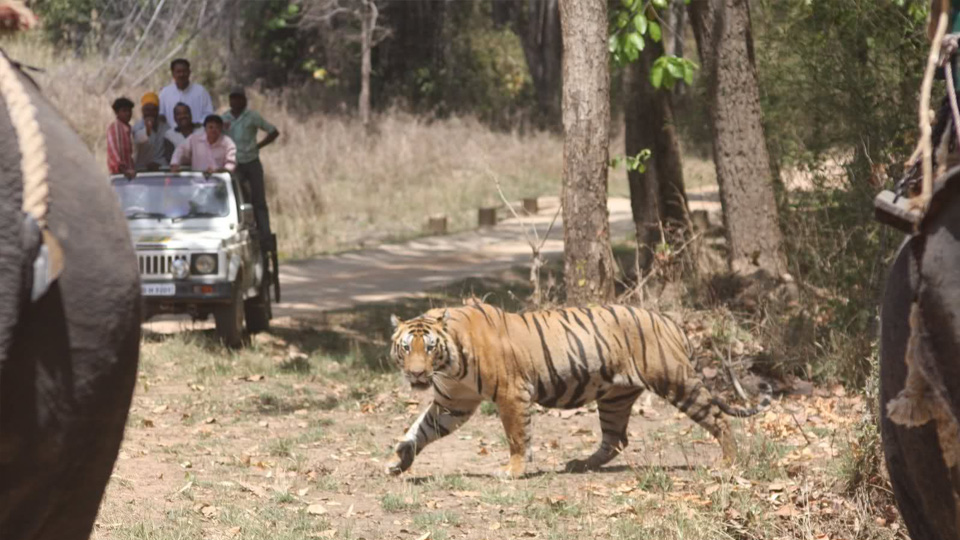 Nagpur enjoys a prominent place on the global tiger map. There are three major Tiger Reserves – Kanha-Bandhavgarh Sanctuary, Tadoba-Andhari Reserve Forest and Pench Tiger Project Reserve Forest – which are within driving distance from Nagpur. Of these, the Pench Forest is the most easily accessible at a 1½ hours’ drive from the city. (It was the original setting for Rudyard Kipling’s famous Jungle Book.) The dense forest is a perfect habitat for the regal animal and sightings are quite common. There are many good resorts to choose from in the peripheral forest and even if seeing a tiger is not on your ‘to do’ list, you could choose to just relax in perfect harmony with nature. Going on a walk is a good option, as is going for a picnic on the nearby Kohka Lake. We have a tie-up with a great resort which contains a dozen spacious, independent cottages done up in rustic Indian style. The food is great, the staff courteous, and the nightly company of fireflies just unbeatable. Depending on the season, a 24-hour stay would cost no more than $200-250 per couple. This includes all meals and a safari tour. You also have the option of not paying for the safari should you choose not to go. 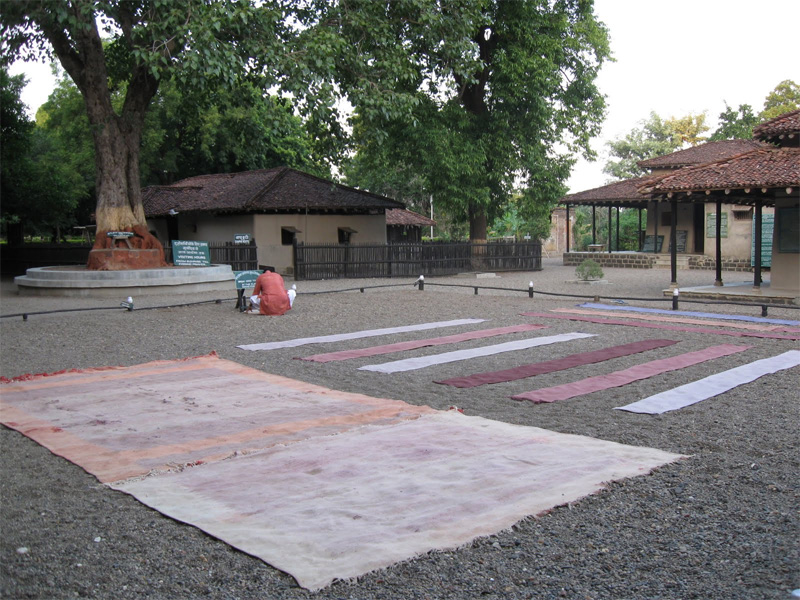 Nagpur’s Gandhian connection is also well-known. To protest against the oppressive Salt Act, Gandhiji undertook a foot march following which he was arrested. He vowed not to return to his native Sabarmati Ashram until India gained independence. Searching for a village in central India, he chose Sevagram, a mere 70 kms from Nagpur, which became not only his residence for 12 years, but also a hub of intense political activity in the run-up to the freedom struggle culminating in Indian independence in 1947. His Ashram remains well maintained today and still lives in simplicity following the Mahatma’s footsteps. Living the experience is also an option, but prior booking is usually required.

Nagpur is also known for its many places of spiritual significance. Even for those not spiritually inclined, the architecture of these structures is worth a visit. 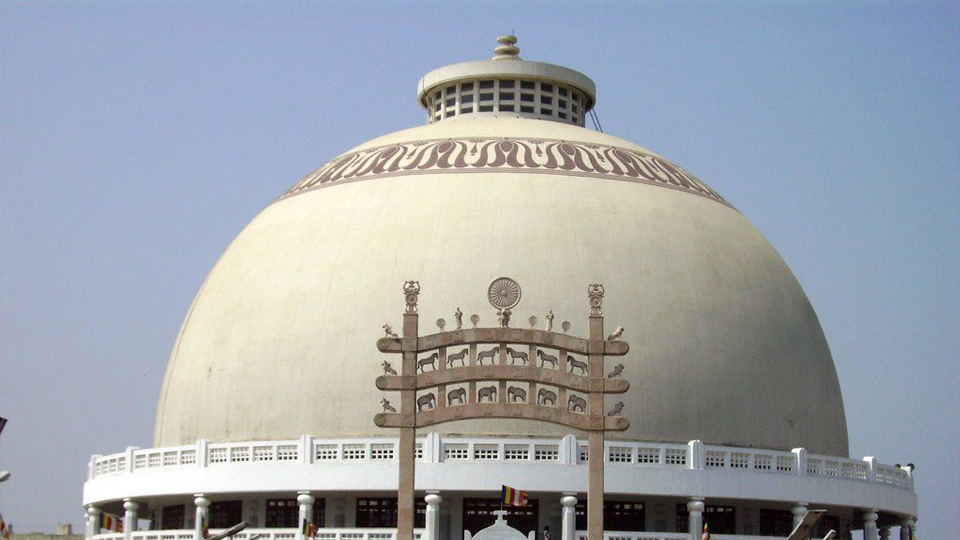 The largest ever number of people to convert to Buddhism simultaneously did so at Deekshabhoomi in Nagpur. Today the place is marked by a Stupa (a hollow dome), an architectural structure of divine significance for Buddhists. The Deekshabhoomi Stupa is the largest Buddhist Stupa anywhere in the world, and exudes a sense of deep serenity that can only come from great inner strength. 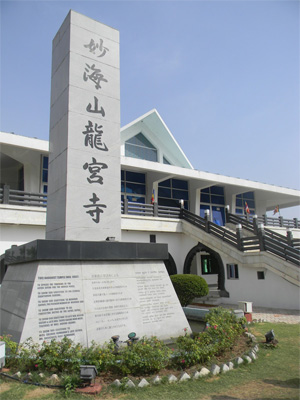 The Dragon Palace, a popular Buddhist temple (also known as The Lotus Temple), is about a 30 minute drive from Nagpur.

This award winning architectural marvel was founded by Mother Noriko Ogawa Society of Japan and is situated within a sprawling 10 acre landscape, stunning in its magnificence. The temple houses a massive statue of Lord Buddha, carved out of a single block of sandalwood. 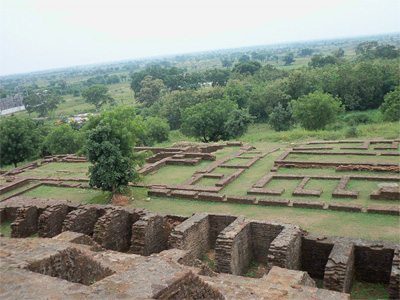 Nagpur’s Buddhist connection runs quite deep. In recent years, excavations at Mansar, a site about an hour’s drive from Nagpur, revealed remains of a centuries old Buddhist Monastary atop a hillock.

The site is easily accessible, and a gentle climb reveals a stunning view of the green surroundings. A beautiful lake full of lotus blooms next to the hillock completes the picture.

Barely 15-20 minutes from Mansar is Ramtek, a place fabled to have been a brief resting place for Lord Rama during his years in exile. An ancient temple within a fort atop a hill marks the place and provides a fabulous panoramic view of the lake-dotted landscape. During the monsoon, the whole area becomes so verdantly picturesque that Shakespeare’s 7th century Sanskrit equivalent, Kalidasa, composed his romantic ballad Meghdoot with Ramtek serving as the backdrop.

There are other temples within Nagpur too, some of them upto five centuries old, each of them significant in their own way. The Tekdi Ganesh Temple, Sri Poddareshwar Ram Temple, Sri Mahalaxmi Devi Koradi Temple, Telangkhedi Temple, etc. attract hundreds of devotees every day.

Other Places of Interest

For those not very keen on a tourist experience, there are other options as well: 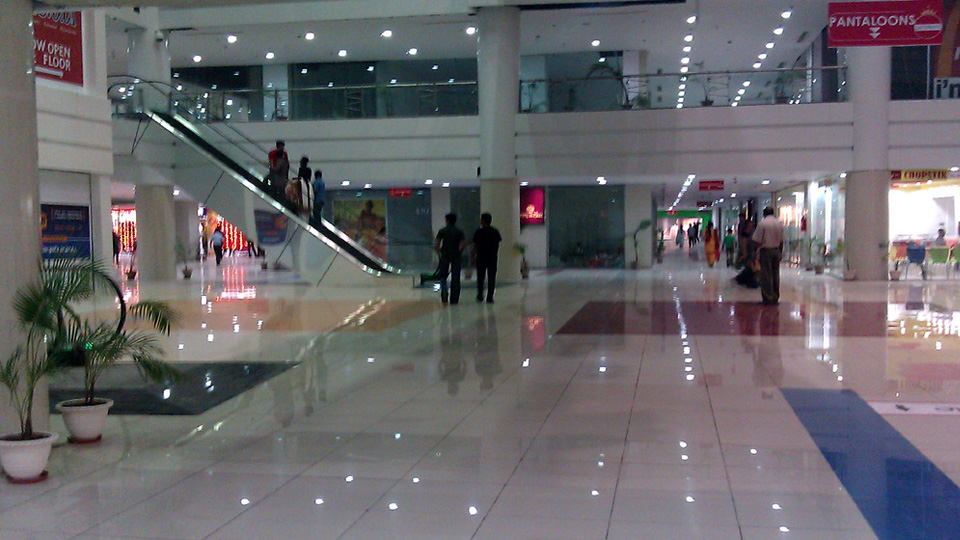 The Empress City Mall can easily take up a day if you are a mall rat. There are other lesser malls too, complete with multiplexes where you could catch the latest Hindi movies – and some English ones too. For those who would like the typical Indian shopping experience, there are many bazaars as well. They can offer great bargains, particularly if you shop on the roadside. 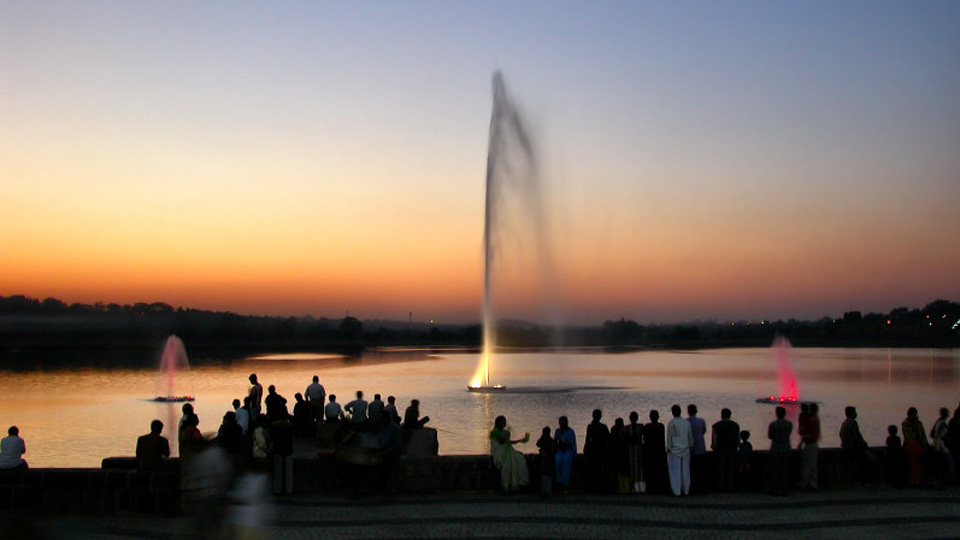 Nagpur contains seven lakes within its Municipal limits. The Futala Lake, in particular, is lined with restaurants which allow you to enjoy your evening while taking in the sunset over the lake.

Foodies can rejoice! From rustic to South Indian to Nawabi to Continental to Chinese, Nagpur has restaurants that can rustle up every kind of cuisine.

Nagpur has a dry climate owing to its distance from the sea. There is great variation in seasonal temperature with winters (Dec – Jan) experiencing a chilly 7 – 8°C and summers (Apr-May) soaring to an impossible 48°C. Coming immediately after summer, the soothing monsoon can be very wet, with rains cooling the city for roughly three months (Jul – Sep) intermittently.

At the time when Confluence will be  held, the winter will no longer be at its peak, but temperatures may still be around 10-12 °C at night. You may not require warm clothing during the day, but make sure you carry some light woolens for the cool and clear evening.